Calisthenics Freestyle – Dynamics in the Art of Bodyweight Training

Calisthenics, also known as street workout, is a bodyweight training regiment that hails from Eastern Europe. Since then it has infected the entire globe. The energy and hype of calisthenics is unparalleled.

Although calisthenics once had humble origins in basic bodyweight movement patterns, the new wave of calisthenics is all about statics and dynamics (also known as calisthenics freestyle). Statics is considered the path of strength; it involves positional freezes and athletes holding themselves up in precarious positions against gravity. Dynamics on the other hand, is all about power, momentum and high-flying skills.

Calisthenics freestyle – what it’s all about

Athletes are always trying to outcompete each other and bring in new, never before seen skills into the sport. The result is a constantly evolving landscape. Calisthenics freestyle adopted many elements from other disciplines such as gymnastics and breakdance. It’s become a fusion of various arts. As athletes have started reaching the barriers and limitations of these disciplines however, completely novel skills have begun to emerge from sheer experimentation.

Having said this, it’s quite the workout. Even though you aren’t actively busting out reps, the sport will burn through a ton of calories. You’ll find that you’ll be actively ‘training’ for longer, and this will make up for the lack of pure intensity.

One of the biggest advantages of calisthenics freestyle is that it’s fun and has lasting appeal. Traditional gym workouts where the goal is to merely increase weight are exciting at first, but once results start to plateau, that initial excitement wears off and boredom sets in. There are only so many ways you can lift a dumbbell.

Calisthenics training, on the other hand, keeps you coming back time and time again. The reason for this can be found in the goals. Traditional workouts tend to be focused on aesthetics, then strength and then results – in that order.

Calisthenics athletes have it the other way around. We strive for skills, while working on the skills we get strong; and as a by-product we keep in good shape. For the same reason you can’t go into business primarily to make money, you can’t go into fitness for a physique.

How to get started with calisthenics freestyle?

It can be confusing where to start calisthenics freestyle not least because many of the skills are not related in a traditional sense. There is however some relatively linear progression.

There are many beginner skills that are typically good starting points for learning body awareness. Let’s discuss some beginner skills you can try, even if you have no calisthenics experience!

The pull over is a great substitute muscle ups in that it gets you on top of the bar (into support). When starting to learn this skill you will ideally start with a low bar so that your feet are still in contact with the ground and the bar is at chest height. In the initial stages of learning this move try to use momentum by kicking up and hooking a knee over the bar. This will allow you to leverage the bar and take yourself over.

Skin the cat is a great skill for beginners because it teaches you control and what it feels like to be upside down.  This one’s like the pull over, except you thread yourself through under the bar instead of over it. The idea is to lower yourself down as much as possible (shoulders allowing) before bringing yourself back up the other way.

The swing 180 is basic swing transition. It’s highly recommended that you practice swinging first, but once you get a handle on it, the swing 180 should be a piece of cake. Make sure to spin on the front of the swing and keep your body as rigid as possible. The slower you turn and the looser you are, the more difficult this skill will become and the wider the swing will be (which is not what you want). Stay tight and fast!

Calisthenics freestyle is an artform

Calisthenics freestyle is an artform, it’s about self-expression and adding your own unique flavour to the legacy of calisthenics. Although there are foundation skills that every calisthenics athlete should learn, calisthenics is about being creative. Play around with different movements and momentum, get to know them and add your own spin. Perhaps some day there’ll be a skill named after you!

Calisthenics freestyle is quickly becoming recognised around the world. International competitions are hosted globally, and athletes compete on the frontier of a fitness revolution. Start training today! 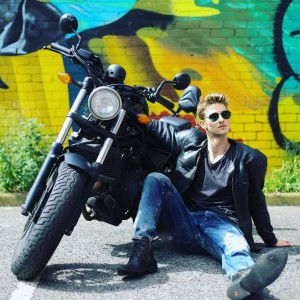 Vic is a Melbourne-based Personal Trainer, Calisthenics Athlete and the Founder of Street Workout St Kilda. His passion is bodyweight training and the art of movement.

By Physiotherapist, Vanessa Boon Our thoracic spine, which is the midsection of our back, is responsible for most of our movement in our midsections. Having good thoracic mobility is key 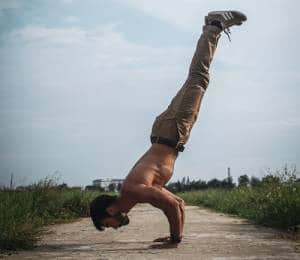 Some people say that lifting heavy weights in the gym is the best way to build strength and muscle. Others say it’s calisthenics and mastering bodyweight exercises. The truth is 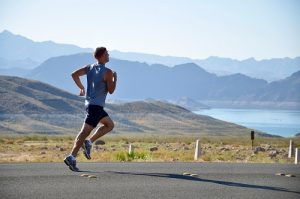 Pedro Dias of Calisthenics-Gear.com takes us through his top calisthenics exercises for improving your running.