Breaking down the human flag pole progression into a structured and achievable process.

So you want to be the next student of calisthenics to unlock the eye-popping feat of the human flag?!

Just imagine holding your body horizontally, suspended in mid-air gripping on to a pole with nothing but your hands… Just consider this gravity defying feat and it becomes obvious as to why this impressive stunt is one held in high regard by people pushing the calisthenics movement and pole dancing (where a similar move is often called the iron-X) community due to the impressive nature of the skill.

Abilities like this have already been taught to many athletes by the knowledgeable coaches at MP Calisthenics and you can be the very next student to unlock the human flag and start getting horizontal on ladders, street poles, fences, rocky ledges….

BUT! Before you go out throwing yourself up on every street pole you see, there’s much more to this move than just lifting yourself up and trying to hold that pose for an extended period of time… To perform the human flag a high level of control, focus and strength is required, all of which Maximum Potential Calisthenics can train you on at a time that suits you.

Now, when most people (and I mean probably everyone) attempt their first human flag it will inevitably end in disaster. Just like anything worth doing, it will not come super easy, only with disciplined practice will you be able to commit it to memory and thereafter allow holding the human flag to become second nature.

Now I’m not going to straight away tell everyone that you will be able to hold a human flag in 60 days but by following the step by step process written herein I can tell you that you’re closer than you think.

So, for a how to do on human flag for beginners, read on…

Before you can even attempt a human flag it’s important to know that a certain weight to strength ratio is going to make this move insanely easier. That’s not to say that it’s impossible with a higher body fat percentage but it will certainly be much more difficult.

If strength is not your strongest point it may be worth your time taking a free no obligation strength and movement assessment so we can figure out how to get you there in the safest and fastest manner.

Predominantly the muscles worked will be your latissimus dorsi (lats), deltoids (delts) and obliques but this being the full body workout that it is; your abs, glutes, legs, biceps and triceps are all synergist muscles and are all activated to a degree.

With accumulating the required strength in the bag the next factor to consider is the bar you are using to practice the move. It would be great if you could just practice this on any old pole on the street but to maximise the use of your grip strength a pole roughly 2.5” in diameter is preferred.

Once you have found a bar you wish to practice on, where you position your hands is extremely important. Ideally your upper hand will be positioned in a pronated grip (thumb facing down) and your bottom hand will be in a supinated grip. The grip may change due to any injuries or mobility issues you have as well as the bar. People often practice on stall bars or other bars that aren’t perfectly vertical.

Hand width will depend on your height but generally speaking a grip that isn’t too narrow is preferred since the narrower the distance between your hands the harder it will to hold since your centre of gravity moves further away from the pole Practice in this regard will help to find the sweet spot and make your flags much easier.

Advancing through several progressions is critical to fully unlocking the human flag in all of its glory and they will also strengthen your required muscles, tendons, ligaments and the other connective tissues in the process.

The first progression is one that Al Kavadlo calls the Chamber Hold, Al being one of the world’s leading experts in body-weight strength and calisthenics, well… you could say he’s worth listening to.

The trick to pulling off the Chamber Hold is to:

From here, it is only a matter of holding this position in order to appreciate the muscles being used and become used to it.

Several points to consider are maintaining rigidity in your lower arm, keeping your hips above shoulder height and clenching your abs.

Progression number two is a follow-on from the Chamber Hold; so once you feel stable in this position you can begin to extend your legs vertically. Essentially with the vertical hold you’re working towards increasing your stability as well as the strength in your shoulders, abdominal muscles, obliques and lower back which are necessary in order to be able to hold your flag when you become horizontal.

Considering that lowering into the horizontal plane is the clear end game here, it will be hard to resist trying to lower straight from the vertical hold until you’re parallel with the ground so why not give it a go…

Now if you’ve just tried that you’ll find it’s just not that easy! Build up that required strength and stability by lowering your vertical flag to a set point and holding it there as long as you can. Once that becomes too easy you just lower it again and continue to hold until your sides feel like they just might burst. Continue this progression until horizontal!

Exercises to help strengthen your body into the flag are far ranging due to the whole body nature of the flag but a solid foundation of the following will help immensely:

Beneficial not only to your grip but also by preventing injuries; if your grip strength is something that lets you down it can be beneficial to invest in a set of hand or torsion grippers to train your crush grip (flexion).

The generally neglected extension half of your grip can be strengthened by the use of band extensions as well as other products which can have the added benefit of preventing tendonitis. Now, you can buy professional bands for this but it’s just as easy to use the thick bands you can find on broccolini or asparagus. Once one band becomes too easy or the elasticity is worn out you just add another band!

Now with this all being said, it can be a slow and arduous process to achieve the full flag but I think we can all agree that the end result is worth it. Some people will be able to unlock the flag in a matter of weeks while with others it may take a bit longer, keep grinding though and you can get there!

If you train in Sydney come enjoy a free week on us and see how you like our style of training. 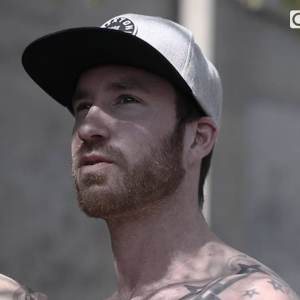 Nathan specialises in the bar skills and also runs social media for MPC. With his fitness background being ex military; Nathan has been into many forms of fitness over the years including bodybuilding, weight lifting, climbing and numerous sports. Adopting calisthenics in 2017 he has found the comprehensive approach to training much more beneficial with mobility, strength and body awareness.

Bodyweight Strength Training – How to Build Muscular Strength With Calisthenics

Calisthenics has gained popularity in the last decade, featuring ever-increasing feats of strength. But how does this increase in strength happen, and how can we maximize it?

In this comprehensive article, I will explain why our body reacts to strength training in the way it does and discuss which training methods to use for freestyle or strength.

Get Better Sleep – The Definitive Guide

Inside this sleep series, you will discover many things including Tips & hacks to sleep better; what may be impeding your restfulness, and how to change it. What your circadian rhythm is and why it matters. Which supplements do and don’t work, and why. You will also find excerpts from peer-reviewed meta-analysis studies as well as anecdotal evidence from Nathan’s sleep data. The time to better your sleep is now.

An Interview With Mariah Stock