When I first began training Convict Conditioning in the park, I would see the odd advanced calisthenics athlete performing muscleups on the bar. I remember adding it to my to do list but realised that my pullups would need to vastly improve before training for it.

Advance over a year later and my pullups were in pretty good shape, therefore I decided it was time to have a go at the muscleup. My approach however, was all wrong. Having no idea how to kip I tried to power through it, leading with one arm. Here is a video from the time.

I tried this for a couple more weeks but started to get shoulder pain when attempting it. After looking it up I came across a piece that advised against doing one arm at a time as it was bad for the shoulders. At the time my training plan included only one day of upper body and my priority was one arm pullups, so the muscleup was put on the back burner.

Advance a few months later, the last race of the season had just been completed, so I had a free day on Tuesdays to add some muscleup training. My pullup was very strong by this stage, I knew I just needed to learn to kip. I read a lot of tutorials and watched videos on YouTube but it still took me a while to get used to kipping. Even now my technique isn’t great, I use power to explode through it.

In November, two months after beginning kipping training, I went to perform a kipping pullup and before I even knew it, my chest was over the bar. I had completed my first muscleup. Here is a video taken the week after that.

It would take a month of training before I could do it consistently, one session it would be there, the next it was gone. Furthermore, despite the regular training I could not complete more than one in a row.

Enter the PCC! As with a lot of my calisthenics, the muscleup took a leap forward after training with Al and Danny Kavadlo. Whilst there, they taught us to use momentum from your first muscleup to lead into the next one and then the next one after that and so on. One guy had never done a muscleup before but managed to knock-out 8 in a row. I was too fatigued by this time from the earlier one arm pullup training and didn’t manage to register a single muscleup whilst there, but took the principles with me back to my training in Sydney.

This video shows my latest progress. We’re a close knit group in my training sessions and have a lot of banter, especially when the camera is turned on. Enjoy the comments from my training mates, especially Yury!

I’m a big fan of the muscleup, not only does it look cool but is also is a full body workout. After performing a couple of sets of this my body is usually pretty wrecked. The plan for now is to stick to doing 2 sets until it becomes easier and not so exhausting. After that this bonus video below is my next goal to improve.

I’d like to write a tutorial for this in the future, but first I need to see some of my mates reach this from my training, to prove that it works. Moreover, my ability to teach kipping is still not that great, for me it just took a lot of practise. Once both of these conditions are satisfied I’ll see if I can get a detailed tutorial up on the blog. 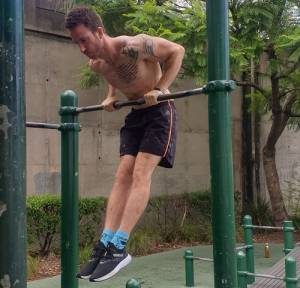 The explosive muscle-up is one of the most sought after moves in calisthenics, but what if I told you there’s an even harder challenge that will give you greater strength gains and looks just as flashy..? 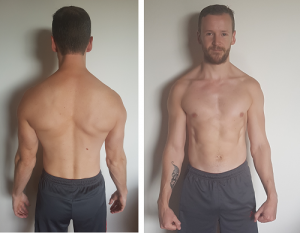 I’ve been training calisthenics since the back end of 2011, in that time I have gained a lot of strength. I can perform one arm chin-ups, human flags, muscle-ups, front 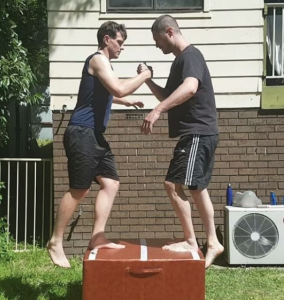 We’ve had a great year of training in 2016, with lots of new students and progress being made every week. During the year, I managed to get quite a few